Camera aperture and depth of field

As you learned in the introduction, camera aperture is one of the elements controlling the exposure. As a landscape photographer, you will use it extensively to control the look and, ultimately, the style of your images. Read on to find out how to put it to work. 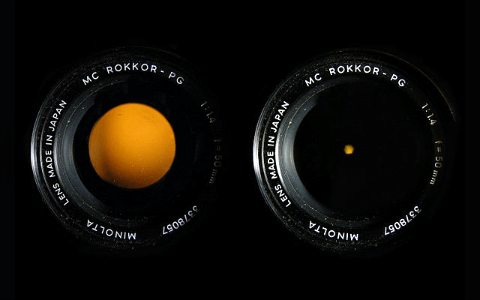 Aperture range of a Minolta lens

In photography, aperture describes the opening of a camera lens' diaphragm relative to the focal length of the lens. It is denoted in so called f-numbers. An aperture setting of f/2 refers to a lens whose diaphragm is open to the diameter half its focal length.

Not surprisingly, the wider the aperture, the more light can pass through the lens during the same period of time. Hence, given the same ISO setting, opening the aperture on your camera lens will reduce the time required to achieve the same exposure value. Respectively, if the exposure time remains the same, a lower ISO value will suffice to retain the exposure.

Camera lenses with the maximum aperture of f/2.8 or wider are generally considered "fast", as they allow for shorter exposure times. This definition of lens speed greatly evolved over the time. The 1911 Encyclopaedia Britannica, for example, referred to lenses with apertures larger than f/6 as "extra rapid".

This definition makes exposure measurement independent from taking into account the focal length of the lens. It also helps to understand some other facts related to lenses: 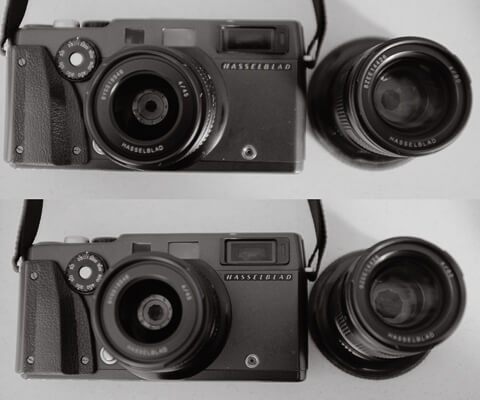 As we have seen, a camera aperture setting refers to the linear dimension of its lens diaphragm, namely its diameter. At the same time, the light amount passing through the lens is proportional to the area of its opening. Thus, halving or doubling the aperture reduces or increases the amount of light by the factor of 4 = 2². To be able to get a finer granularity of exposures through aperture setting, its "main" sequence is paced using the square root of 2, √2 ≈ 1.4, as the multiplier:

Moving from one neighbouring value in this sequence to another will halve or double the exposure, depending on the direction. Photographers would say, the exposure value will change by 1 EV, or 1 stop, when referring to the same.

As mentioned above, camera aperture settings are often cited as simple numbers rather than fractions: the denominator is mentioned, the rest is omitted. Sometimes the number is preceded by a capital letter F, and sometimes the fraction is presented in a different form. All of the following notations can be used to describe the same aperture setting:

Aperture setting of a particular lens is the second main factor, after its focal length, affecting the depth of field of the resulting image. This term, often shortened as DOF, refers to the range which appears in focus on the final image. Every object in this range will be rendered sharp, whereas objects lying behind and in front of it will turn up blurry, the more so, the farther away they are from the range limits.

Generally speaking, the longer the lens and the closer your focus point lies to it, the shallower its depth of field, i.e. the narrower its in-focus range.

Conversely, the shorter the lens and the farther away its focus point, the wider its in-focus range.

However, opening the aperture will reduce the depth of field of every lens. 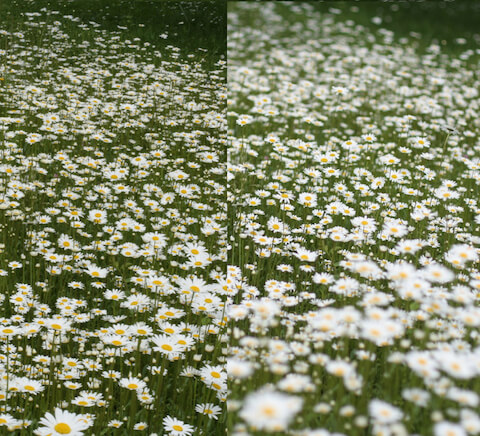 Shallow depth of field is by no means a drawback, and often a desired effect for a variety of situations. Not only in portrait photography is it used to throw distracting details out of focus and emphasise the main subject of the image.

Following are simple, high-level guidelines for choosing the camera aperture:

Macro photography is one area with extreme shallow depths of field. Why, do you think?

The 45mm lens pictured above will have a very short DOF range at close distances. Opened to f/5.6, the same as in the image, with the close in-focus limit set to 2m, the DOF range won't extend beyond 3m mark. With 0.7m as the same limit, the in-focus range will be less than 10cm.

Other articles on camera exposure

Aperture and depth of field
Learn what aperture is, and how its different settings can change the look of your images.
Shutter speed and motion blur
Learn how exposure time can add dynamic and movement to your images.
ISO and digital noise
Learn how photo noise is related to your chosen ISO value.
Metering modes
Understand different metering modes and when to use them.
Exposure compensation and bracketing
Learn how to overcome shortcomings of your camera's automatic exposure metering.
The sunny 16 rule and manual exposure
Measure up to your camera and take exposure in your own hands with this simple and easy to follow rule.