Calotype and the first negative images

Calotype emerges as the British answer to the French daguerreotype, or rather, as Fox Talbot's response to the challenge by Louis Daguerre

In August 1839, the French government made the daguerreotype process available to the world, that is, apart from Britain, where it was guarded by a patent...

Meanwhile, in England, Henry Fox Talbot, the frustrated painter, had been working since 1834 on a process he called "photogenic drawing". During the summer of 1835, he experimented with the self-made camera obscura and paper coated with silver chloride, later replaced by silver iodide, around his house in Lacock, Wiltshire. 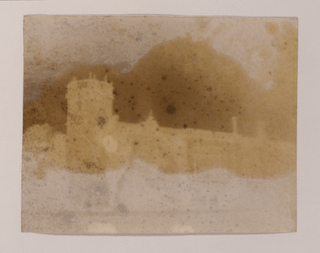 "The apparatus being armed with a sensitive paper, was taken out in a summer afternoon, and placed about one hundred yards from a building favourably illuminated by the sun. An hour or so afterwards I opened the box and I found depicted upon the paper a very distinct representation of the building, with the exception of those parts of it which lay in the shade. A little experience in this branch of the art showed me that with a smaller camera obscura the effect would be produced in a smaller time. Accordingly I had several small boxes made, in which I fixed lenses of shorter focus, and with these I obtained very perfect, but extremely small pictures..."

These negative images, the first in the world, hadn't satisfied their creator... until the news from Paris leapt over the English channel. On 25 January 1839, Talbot presented his three-and-a-half-year old negatives at the Royal Institution and subsequently provided the technical details to the Royal Society. Later the same year, Sir John Herschel successfully applied sodium thiosulfate, known at the time as "hyposulphite of soda", or just "hypo", for fixing photographic images, and informed Daguerre and Talbot about it. Both of them switched to using the new substance.

In September 1840, Talbot re-discovered the latent image, known to Daguerre, for his own process. This dramatically reduced the required exposure time to a mere couple of minutes, just like it did for the daguerreotype.

Talbot developed his images by applying gallic acid to them. The organic substance readily found in various plants was much safer to handle than the highly toxic heated mercury. Moreover, the resulting translucent negative could produce multiple positive copies of the same image just by contact printing, i.e. placing it against sensitised paper, exposing the combo to the sunlight, and repeating the whole process to obtain a negative image of the negative – the true representation of a photographed scene. 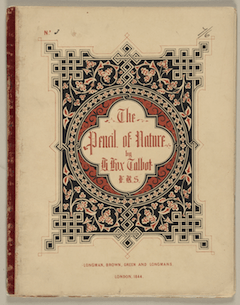 The improved process received the name calotype, from Greek-Latin "beautiful print". On 31 January 1841, Talbot presented his results to the Royal Society in a paper entitled "Some account of the Art of Photogenic drawing, or the process by which natural objects may be made to delineate themselves without the aid of the artist's pencil". It seems, that incident from 1833 should have really hurt.

Eight days later, Talbot patented his process in England and Wales, and then in France. To be sure, this didn't help to spread the calotype anywhere apart from Scotland, for license fees weren't exactly cheap. Anyway, Talbot continued his own work and, between 1844 and 1846, published a series of books called "The Pencil of Nature". The books were illustrated with actual photographs, making up the first commercial offering of such kind.

"...the plates of this work have been obtained by the mere action of Light upon sensitive paper. They have been formed or depicted by optical and chemical means alone, and without the aid of any one acquainted with the art of drawing." 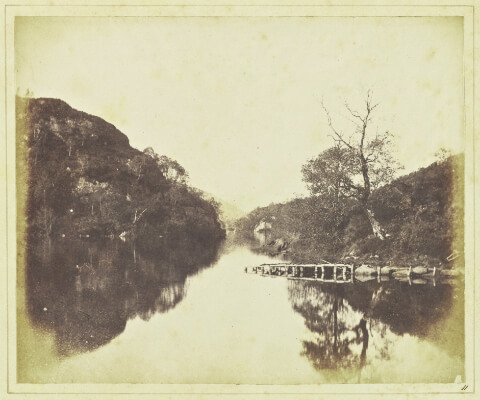 The would-be painter made it, at last.

The calotype didn't become as widespread as daguerreotype, but its ability to provide multiple prints from the same negative was too alluring to be neglected. Collodion process, introduced in the beginning of the 1850s, seemed to combine the advantages of both its predecessors...

How everything began
Part 1: From the beginnings to the camera obscura.
Nicéphore Niépce, Louis Daguerre, and the first photographs
Part 2: The light gets captured.
Collodion process and glass plate predominance
Part 4: The best of two worlds.
George Eastman and the first film camera
Part 5: The dawn of the film.