During 1840s, daguerreotype and calotype proved themselves as practicable photographic processes...

Photography might had been established as a new, promising technology come art, but its methods were still far from perfect.

Daguerreotype produced higher quality images, but required lengthier exposure times, was potentially dangerous and only resulted in a single, unique copy of each image. The only way to duplicate a processed plate was to photograph it.

Calotype did allow unlimited copies from the same negative, but due to its papery nature, fibres from the base layer often showed up in the final image, which was overall less detailed and not as sharp as its counterpart. 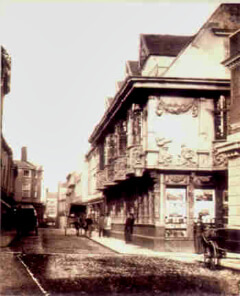 In 1848, Frederick Scott Archer, then aged 35 and living in London, started experimenting with collodion, a newly discovered viscous substance which built a thin, transparent film upon drying. This quality had founded its application in covering and protecting wounds.

Archer used glass plates covered with liquid collodion mixed with potassium iodide. After the coating had begun to gel, he immersed the plate in a silver nitrate solution which led to building of silver iodide on the plate's surface. Thus sensitised, the plate had to be exposed in the camera while still wet and then developed in a solution of gallic acid in water "in the ordinary way".

The new process seemingly combined the advantages of daguerreotype and calotype. The resulting negative images were still reproducible, and paper prints obtained from them were cheap. But by utilising glass instead of paper, the process achieved a much better clarity. In addition, the exposure time dropped just to a matter of seconds. 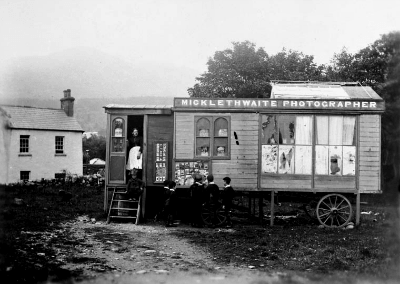 It wasn't perfect, though. The whole picture-taking process, from plate preparation through exposure to development, had to conclude before the emulsion hardened, hence the "wet plate" moniker. The photographer only had a dozen minutes at his disposal to accomplish it. He was required to have a darkroom nearby. The silver nitrate bath was prone to contamination and eventually lost its ability to adequately sensitise plates when impure. The collodion mixture was inflammable and highly explosive.

"We used the wet collodion process, taking a very clean glass plate and coating it with a thin solution of egg white. This was to make the subsequent emulsion stick. Then we coated the plate with a solution of guncotton and alcohol mixed with bromide salts. When the emulsion was set, but still moist, the plate was dipped into a solution of nitrate of silver, the sensitizing agent. That had to be done in the dark. The plate, wet and shielded from the light, was put into the camera. Now you took your picture."

However, the advantages couldn't be denied.

In March 1851, Archer deliberately made details of his process public in an article of just two pages for "The Chemist", under the unassuming title "On the use of collodion in photography". It was an immediate success and became very popular, not least because of its being free.

Talbot argued that the new process was covered by his calotype patent, and took the case to court in December 1854. However, after losing, he didn't renew his patent.

Archer died soon thereafter in 1857, at 44, leaving his wife and three children without means, never receiving the proper appreciation for his achievement.

On 8 September 1871, the British Journal of Photography published an article by Dr. Richard Maddox under the title "An experiment with gelatino-bromide". Maddox, a physician and photography enthusiast, had been worrying about ether vapour of the collodion process affecting his health and sought for an alternative. He suggested sensitising chemicals, cadmium bromide and silver nitrate, to be coated on a glass plate in an emulsion of gelatin. Gelatin had been used in food preparation and was widely available. 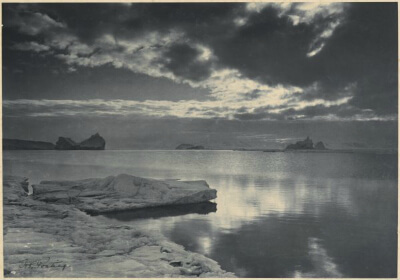 The summer glory of the midnight sun, from a glass plate negative by Herbert Ponting, 1910
National Library of Australia

Maddox' process made the immediate development of exposed photographic plates unnecessary. The new plates didn't require a darkroom nor chemicals on location. The process, however, was far slower than "wet" collodion.

It wasn't before Charles Bennett greatly improved the sensitivity of the emulsion in 1878, also reported in the British Journal of Photography, that the dry plate process made its wet predecessor all but obsolete. The exposure time dropped by a factor of ten, and within a decade the gelatin emulsion found its way onto roll film.