In Plain Light 08.17 – The Game of Thrones and Northern Ireland Issue 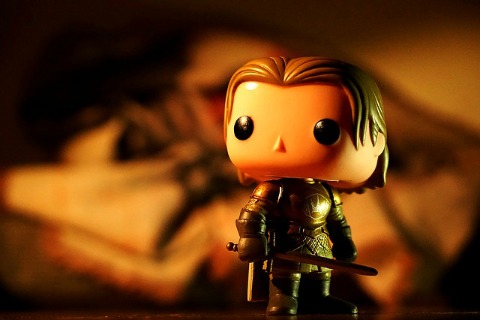 Game of Thrones is quite an event, without a doubt. Even if you don't follow its story firsthand, you must have heard of it, somewhere, somehow — the show has enough fans, and sports an average score of 95% on Rotten Tomatoes.

Now that its Season 7 is over, come have a look at the scenes where the majority of shooting takes place — in Northern Ireland.

The wind in the beeches

There was a wind coming.

In the night of January 29, 2016 storm Gertrude swept over Northern Ireland. The wind brought down several trees in the Dark Hedges, an avenue of three hundred years old beeches.

The site is easily recognisable as one of the most iconic in Game of Thrones. Thus it came as no surprise when the wood from the fallen trees helped to craft ten doors decorated with key symbols and scenes from Season 6.

The finished doors were installed in traditional pubs all across the province, close to the show's filming locations, forming a unique trail waiting to be discovered.

The journey of doors

💡Here's the idea: visit all of the doors and, while at that, as many Game of Thrones filming locations as possible.

If your daily routine keeps you from doing it in person, try a virtual tour in the comfort of your home. This chance is a mere click away.

The map of thrones 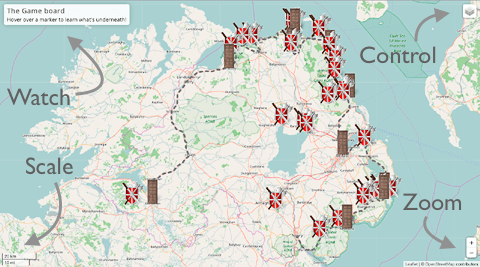 Filming locations open to the public

Other points of interest

It behaves very much like Google Maps: you can zoom and move around with usual controls and gestures. To learn more about a particular place, hover with the mouse over its marker, or tap on it if connecting with your mobile.

Some locations feature short video clips which will autoplay when loaded and stop when finished. To interrupt them in between, move your mouse away, or close the popup window.

Some browsers' default settings on Apple devices will prevent videos with sound from autoplaying. If this is true in your case, here's how you can enable it:

The control in the upper right corner lets you display or hide different layers. When zoomed in close enough, you can switch between standard street tiles and high resolution satellite images. Last, there is a link back to this page. 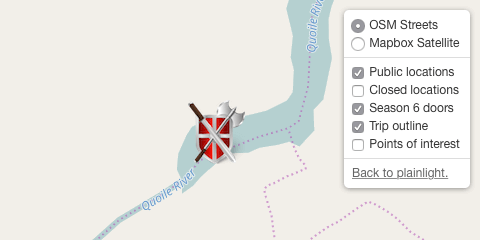 This is it! The map was compiled from several online sources and thoroughly crosschecked. To join the game, click on one of the images above, or follow this link to the map. Enjoy, and share your impressions!

If you intend to make the tour for real, the following information will help with your planning.

Where in the world… 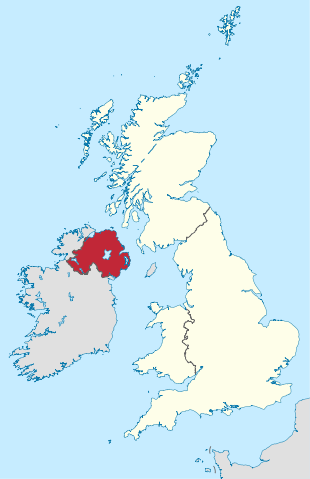 Northern Ireland within the UK

Northern Ireland is part of the United Kingdom. However, there is no agreed term to describe what it actually is.

When the Republic of Ireland came into being in the end of 1922, six of nine counties in the historic province of Ulster asked the British crown to remain under the latter's authority.

Before this, the United Kingdom had comprised three former independent kingdoms of England, Scotland and Ireland, presented in the national flag and referred to as Countries, and the Principality of Wales.

Today, Northern Ireland is mostly called depending on loyalties. Across Great Britain, neutral voices speak of a "province" or a "region" (the latter being less controversial, since "province" can allude to the Province of Ulster, in part within the Republic).

In the Republic, the term "Northern Ireland" is becoming more popular and acceptable. Otherwise, "the North" is the common way to call the neighbour.

Anyway, Northern Ireland represents the smallest part of both Great Britain and the island of Ireland. It extends over 180 km (112 mi) west to east and 140 km (87 mi) north to south, and is home to 1.87 million people (2017 estimate). The capital and largest city is Belfast.

The most convenient way reaching Northern Ireland from abroad is flying to Dublin. Its international airport (IATA code DUB) is one of the best connected in the world, offering direct flights from 150 cities outside of Ireland.

There are direct public buses between the airport and Belfast.

Alternatively, ferries from Scotland, England (Liverpool), and Isle of Man serve Belfast and Larne on the west coast.

The obvious way to pursue your itinerary is by car. Advantages are aplenty, the biggest being your ability to travel where you want to, and see what you are interested in.

NB: Drive on the left. Distances and speed limits are signposted in metric units in the Republic and in imperial units in the Kingdom. The border is not announced at all, so pay attention what side of it you are on!

The doors are spread in such a way, that it is rather cumbersome to visit them in order. If beginning in Belfast and following the route outlined on the map to the south, the first door you will come upon is #2.

If you don't mind the sequence and start from Dublin, going to Enniskillen (door #4) first is worth considering.

If not driving, quite a few attractions in Antrim and Londonderry, including five of the doors, can be reached by public transport. Find the list further below, along with some organised tours on offer.

Republic of Ireland uses euro as its currency and European outlets for electric devices (to use with two-pin plugs).

Northern Ireland requires rather monstrous plugs with three flat prongs for its sockets, and pays with pounds. The notes you get from an ATM will be issued by the Ulster Bank in most cases, and look entirely different than those from the Bank of England.

MasterCard and Visa are readily acceptable in both countries, while American Express can be limited.

Most hotels will offer free Internet access to their guests.

The Troubles are long over now, and with some common sense on your part you should be as safe in Northern Ireland as elsewhere in Europe.

Kit Harrington, who plays Jon Snow in the show, has been cited describing Belfast as "wonderful for two or three days". And further:

"They have a wonderful tourist board, they celebrate three things. Having the most bombed hotel in Europe, which is great. They built the Titanic which is a ship that sunk on its maiden voyage, and now they have Game of Thrones, the most depressing TV show in history."

Don't let this discourage you.

On your own by public transport

It may take some planning ahead and more time to accomplish, but it is absolutely feasible to visit several filming locations, many places of interest, and no less than five doors by bus or by train. Where there's a will…

Here's an outline of your possible trip (consult the map for named places): 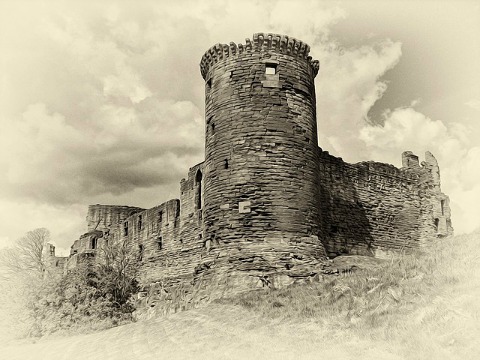 If your time is limited, joining an organised bus tour to visit some of the most popular filming locations may proof worthwhile.

There are several providers, starting points, and itineraries to choose from. All of the following can be booked online.

From Derry~Londonderry with Game of Throne Tours

From Belfast with Game of Throne Tours

From Dublin or Belfast with Finn McCool's Tours

Find operators' contact information in the Links section below.

It is no secret that Game of Thrones, the show, is based on the book series A Song of Ice and Fire by George RR Martin.

However, it is far less known that the books, in turn, were inspired by another source.

The Accursed Kings by the French novelist Maurice Druon is set in medieval Europe and evolves around real events taking place from 1314 to 1364.

There are seven volumes, incidentally. The first six appeared between 1955 and 1960, while the last one, quite different in style, got published in 1977.

What's in store? Find out!

“The Accursed Kings has it all… Druon's epic will keep you turning pages: it is the original game of thrones.”

And for the most part, a real one. 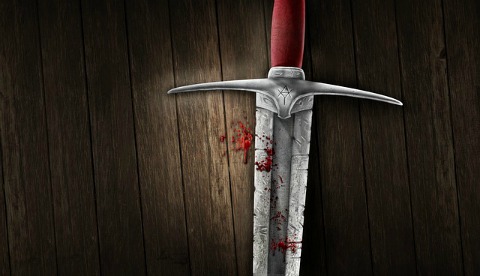 On Location
Visit some locations featured on the map, and see how they look in real life. The pictures are from my trip to Northern Ireland in June 2017.
Leaflet and Mapbox
These are the tools that built the map. Leaflet is a lightweight, open-source JavaScript library for mobile-friendly interactive maps. It has all the mapping features most applications will ever need, and can connect to different tile sets. Mapbox provide a comprehensive selection of the latter.
How to weave a tale
Relive the events of all seasons so far, episode after episode, on a giant tapestry, and watch it grow as Season 7 progresses.
Official territory
Internet presence of Tourism NorthernIreland.
Public transport in Northern Ireland
Plan your journey by train and bus, and buy your tickets online. The site is not very practical to use, meaning, you need to know the service and/or the destination you try to reach before you start the search. Alas, neither is usually the case with the visitors.
Around the Game with Game of Thrones Tours and Finn McCool's Tours
Organised bus tours of most popular filming locations and other attractions. From Dublin, Belfast, and Derry~Londonderry.
My hero: Maurice Druon, by George RR Martin
Read the original essay with accolades for The Accursed Kings.

07.17 – The numbers issue
As numbers tend to dominate our everyday lives and dictate decisions we make, let's take a look on how they come about and what they really mean.

09.17 – The wildlife photography issue
No purchase necessary: Learn how to photograph wildlife for best possible results with your usual equipment.

Iceland
This is as wild and as civilised as it gets, in a place where both extremes are barely an hour drive apart. The island halfway between Europe and North America has it all, and in spades.
Greenland
The name of the planet's biggest island might be the first hoax known to humanity, but its unspoiled natural beauty is nothing but stunning.
Antarctica
You can live without visiting it, but after having seen it you'll be kicking yourself for waiting. Go now.
Norway
In a dedicated newsletter issue, follow me along the coast of the happiest country in the world, all the way around the North Cape to the Russian border—and back.
Northern Ireland
Embark on a journey to Game of Thrones filming locations in Northern Ireland, and find out more about both the show and the country.

Unattributed images on this page are sourced from public domain via Pixabay and Wikimedia Commons.
The interactive map features videos from the following YouTube channels: ConnollyCove, Darren McKernon, Discover Ireland, GlassProductionsNI, Irish Thrones, Konrad Kealey's Ireland, Stephen Bell, Vilin.
The content on this page and the linked map is in no way connected with, nor endorsed by Home Box Office, Inc.