Time wouldn't stand still. It passes, and in passing, it brings about changes.

This site changes, too. You may notice new features and pages when they arrive, but other parts get replaced and disappear with time.

Every time a new update is added to the blog, another, older post falls down off it "below the fold". This is fair — nobody craves for stale news. Some pieces, though, are more than pure announcements. These stories — told once and forgotten since — are available again, here.

They underwent another look and a slight polish. Besides, for the first time now, you can follow them in order they got published.

It would be a pity to let them go forever. 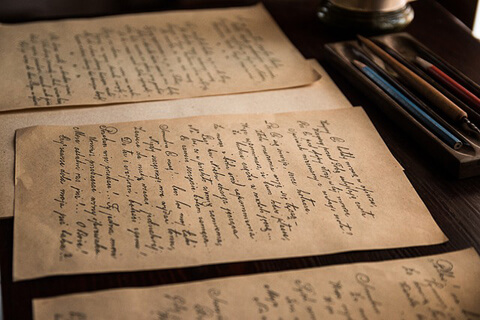 Coming home after a holiday can be rather painful, with work and whatnot looming ahead, so I was actually glad about a short, one-day stopover in Copenhagen on my way back from Greenland.

It was a hot day in the capital of cool, and I spent it visiting two exhibitions.

The first one was Mario Testino's, a fashion and celebrity photographer. Loving his work, I was very happy to see it "live" for the first time, even though the display was rather small-scale. There were very few new images, mostly of European royalty.

The other visit was to the CHART Art Fair opening — talk about being in the right place at the right time. The yearly event highlights art galleries and contemporary artists from the Nordic countries. Photography isn't its main focus, though this time you could find several works by Marina Abramovic, Nobuyoshi Araki, Robert Mapplethorpe, and Francesca Woodman, to name but some famous ones.

The exhibition was held at the Charlottenborg castle. The location seemed even stickier than the outside, and tiny fans humming in the corners of huge halls didn't help much.

I was already quite exhausted when I stumbled upon an artwork called J, we never met but §#<$ you and your waterfall. The expletive was spelled out in full.

Don't know why, but I took it personally.

No idea which waterfall to blame.

Riding the bus in Italy on Sunday

You get out early, it is cloudy and foggy, and it drizzles. The weather is a shame. It would have been on any day, only today is Sunday and the last day of your holiday, but what can you do about it?

You go through the fog to the station and board a train. It is early Sunday morning, the train is full of tourists trying to escape the weather like you are.

The railway runs through mountains and apple orchards, the apples are ripe, there are lots of them, in all colours, from green to yellow and orange, to red, and even purple, almost black, you haven't seen the colour before.

You change trains in a bigger station, the other train waits across the platform, it is crowded out.

You get off in a small town, you heard of it, they make wine here, the wine is named after the town, and here you are now. There is a huge chestnut tree in front of the station, the ground underneath is covered in chestnuts, you pick one up and put it in your pocket. It is brown, smooth, and shaped like a heart.

You get on a bus, you are the only passenger, the driver doesn't speak your language. You ask him to drop you off in a village, the village has different names, you mention both of them, he understands and pulls off.

It is a tiny bus, you sit in the front seat, feeling a bit embarrassed, as if the driver would work because of you on Sunday. You know it isn't true, but you can't help it.

The road is wet, winding and narrow, the driver has to pull back often. He stops in the village and tells you it is there, you thank him and get off. The empty bus disappears into the fog, the next one goes in three hours, for you to return.

The bus stop is in the village centre, by the big church. The village is surrounded by rows and rows of apple trees, they grow apples everywhere here.

A hundred metres away, a starred restaurant is located in an old house. It is open for lunch, you order ravioli with alp cheese and black truffles, lightly smoked suckling pig, and white wine. The wine is the colour of the sun and smells like lemons and peaches, and last days of summer. Dandelion wine, you just have to think.

Two courses, two buses, and two trains later, you wake up to the glorious sunshine above torn clouds.

The light is pure gold.

Golden (After the rain) • Lasa Mountains as seen from Sluderno

The airport at the end of the world

There are places that just feel right.

They are located where they should be, read: where you expect them, look like they should, in your opinion, and generally are to your complete satisfaction.

International airports in Greenland are those places not.

Narsarsuaq in South Greenland isn't much more than its airport. There is a hotel catering to stranded passengers, a harbour meant to bring them away, a small shop, two travel agents, and a café run by one of the latter.

The café serves microwaved snacks and acceptable coffee, has several books with local photographs to browse in, sells Wi-Fi access, and runs a sophisticated selection of CDs in the background.

On my last day in Greenland, I am sitting at the Blue Ice café, waiting for a boat cruise to the said blue ice. The flight back home is in the afternoon, it is the fourth last of the season. Everything is slowly going to an end here, part of the staff are leaving with us today, and I am chewing on the last croissant of this summer at the Blue Ice café in Narsarsuaq. I have to stop proceeding for a moment when I think about it.

Someone invisible slides in a new CD. I know it, I own one, I haven't listened to it for ages. It's Belle & Sebastian's fold your hands child, you walk like a peasant, from 2000. It starts with a piece called I Fought in a War, performed before all the wars of late, featuring trumpet and violin in all the right places to make you want to cry.

A group of tourists from Spain invades the premises. They are loud, they comb through the fridge for coke and beer, it is their last day as well. They are going to join us for the cruise.

Speaking of which, the ice is an incredible blue here.

Be nice to the locals, s'il te plaît

Spending a bank holiday midweek in Brussels, Belgium is easy. I mean, it shouldn't be much of a problem anywhere, but some places are easier than others. Brussels is easy.

The centre is filled with tourists. The central place is called Grand, and boy, grand it is. Monarchy may look dated, but it has its touches, at least, on the surface, ask the British. 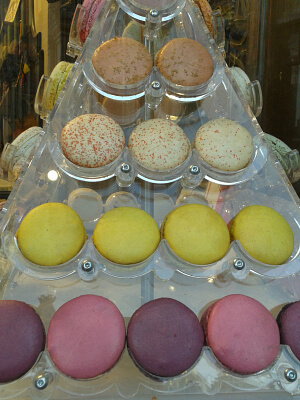 It's a public holiday, but many shops are open. All kinds of sweets, waffles, chocolate, pastry, caramel, chocolate, jam, chocolate, you name it. It feels like being a child again, with everything so sweet and new around. Even their beer is sweet, sometimes.

I end up buying chocolate, of course, and even more chocolate, caramel, and jam at another spot. I let myself being talked into buying a pair of shoes, in French. They start talking to me in French, I have no clue how they get the idea, my French is barely existent, order and pay mainly, if at all. I try answering in the best French I can produce, I think it would be rude not to, it seems we understand each other, weird. 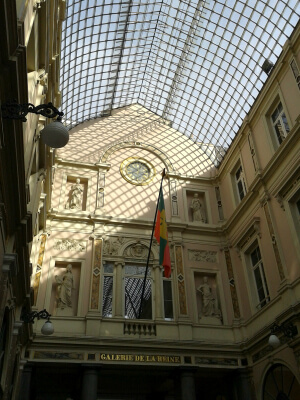 For lunch, I burst into a restaurant through the back door, this is a service entrance, both hands full with sweets and shoes. They call it a tavern, the tables are lined in three rows, by 1pm the place is full, completely. It's mainly locals, only locals, a big local family get-together on a public holiday in the middle of Brussels. Young couples, young couples with small children, old couples with grown-up children, a lone gentleman, an old lady at the uncomfortable table by the counter, I feel like the only tourist.

They serve Belgian favourites, mussels in big pots, oysters by half a dozen, fish with sauerkraut, fries with anything, like pasta in Italy, game, it is season, and desserts worth a whole meal alone, calorie-wise.

The waiters are dressed in the uniforms from the 40s or 50s, they are busy, the place is busy, today it's open from 12 to 11, without a break, a long day, just starting. I spend one-and-a-half hours here, paying takes another quarter of, trip advisors might have had their reasons to complain after all, but who's perfect? Then I am off.

Now, what do I do with three pounds of Belgian chocolate? 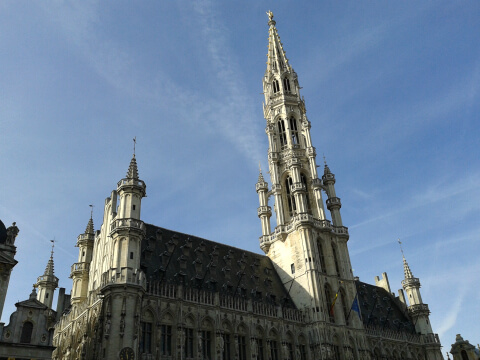 Life at the movies

The hotel I usually stay at in Brussels was a cinema once, one of the biggest in town.

Every floor has its own layout, with winding corridors, chimney-like courtyards, red carpets all over, a leather sofa here and there, and movie frames from the 50s and 60s on the walls, black-and-white, of course.

The elevator doors open in two directions, sometimes, then in one or another again, without a rule or a system, you have to pay attention and generally know which side you are on this week. It is fascinating, like playing a game whose rules are not set, or unknown.

The most strange thing is, the guests seem absent. I don’t see them around, just at breakfast time, the breakfast hall is filled every morning, otherwise they are invisible. I can hear room doors open and close nearby, and elevators move behind theirs while I am waiting, but nobody gets out on my floor, so it seems.

It feels like being in a film, a story told by someone else and watched by another someone.

Last week the cinema was booked up, so I had to stay elsewhere. It was a crazy week, my eight years old MacBook died on me on the evening of the US presidential election. It was the same weird feeling, even if from another film.

Now I am back, having spent the weekend shopping for a new computer and setting it up in haste, catching up on emails and everything.

It is the familiar routine again, bedrooms and hallways, wrong turns, dead ends.

The building is over 90 years old. The French word for 90 is the most fascinating numeral I know. They call it "four times twenty and ten". 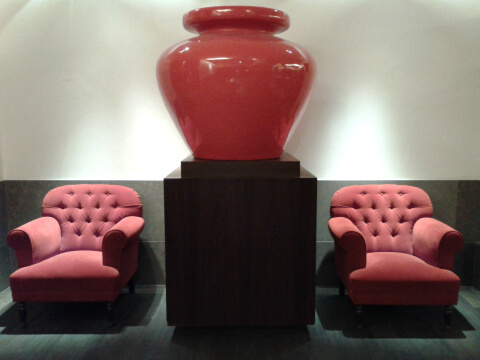 This wasn't part of the original release, but it seems fitting to include the song which accompanied The airport here. If you search on YouTube, you would be able to find some videos of live performances as well, one of them in Brussels, of all places.

The world is rather small, indeed.

The title image on this page is sourced from public domain via Pixabay.

2017
Join me for new journeys, and other stories.